Nigeria’s COVID-19 cases have increased by 100 across the country, leaving the total number of recorded cases at 164,588.

Nigeria Centre for Disease Control (NCDC) in its daily record update shows that Taraba had 64 new cases, while Lagos recorded 21 and FCT had 4.

The data released further showed that Rivers had a record of 3, Akwa Ibom, Kaduna and Oyo documented 2 respectively. Meanwhile, Bauchi and Nasarawa reported for 1 each.

In the record made available, no death case was added to the current record, leaving the statistics at 2,061 deaths.

The number of discharged cases across the country was also recorded to be 77, summating the total to be 154,578.

Meanwhile, in its statistics, NPHCDA showed that 1,148,168 Nigerians have been vaccinated against the COVID-19 virus.

The record shows that 57.1% of the country has been immunised against the virus. 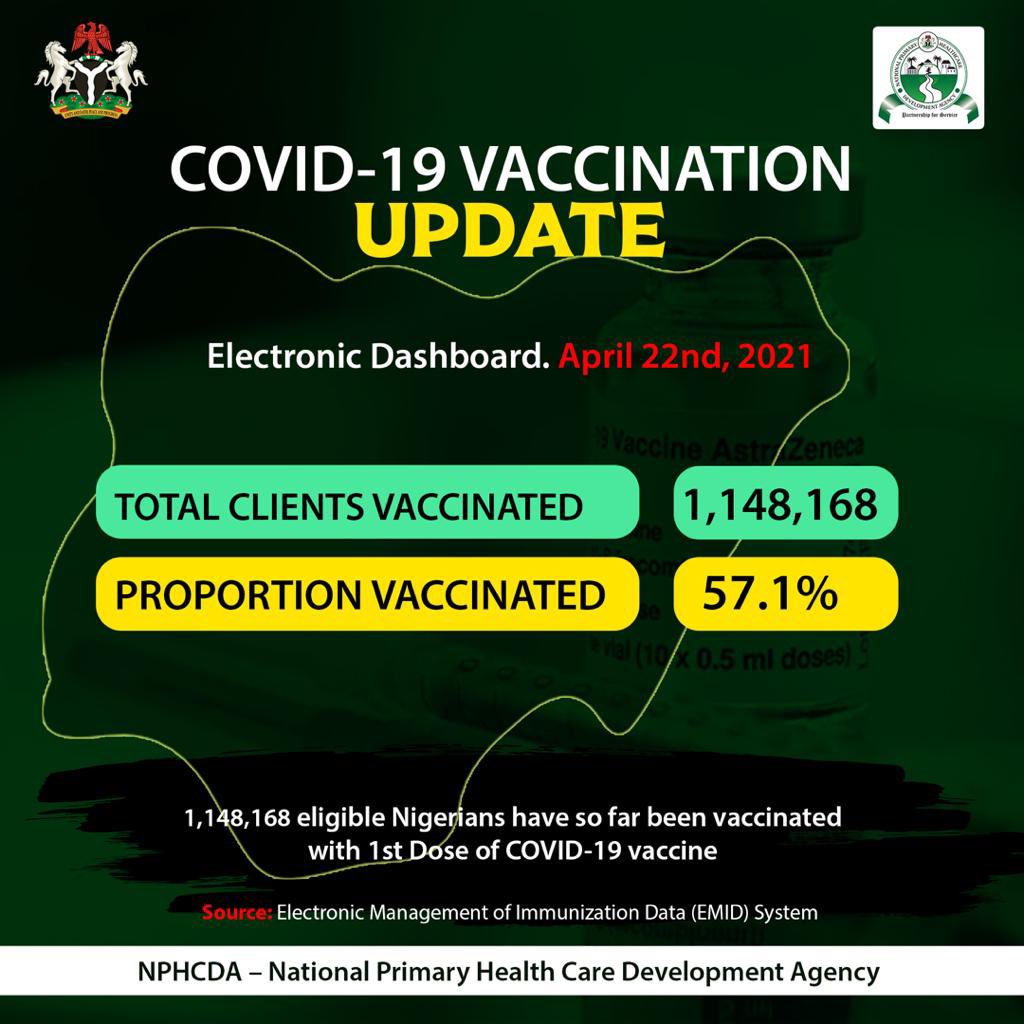 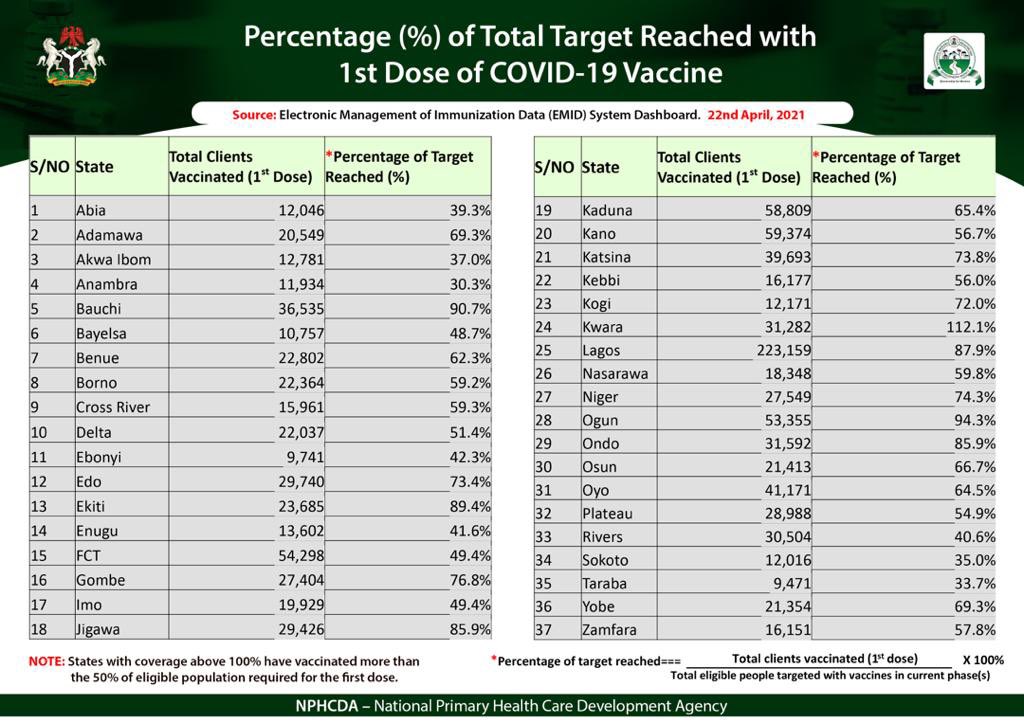